BORN IN A TIME OF WAR

Kikandi Batende, who is nine moths pregnant, and Mariam Rizik, right, five months pregnant, both 26 years old, walk past a government soldier in their village of Lukweti, Masisi in conflict-ridden North Kivu, Democratic Republic of Congo. The village sits at the crossroads of several local rebel groups and has not been treated much better at the hands of the poorly paid government soldiers, the FARDC, who also reportedly raped, looted and attacked villagers. 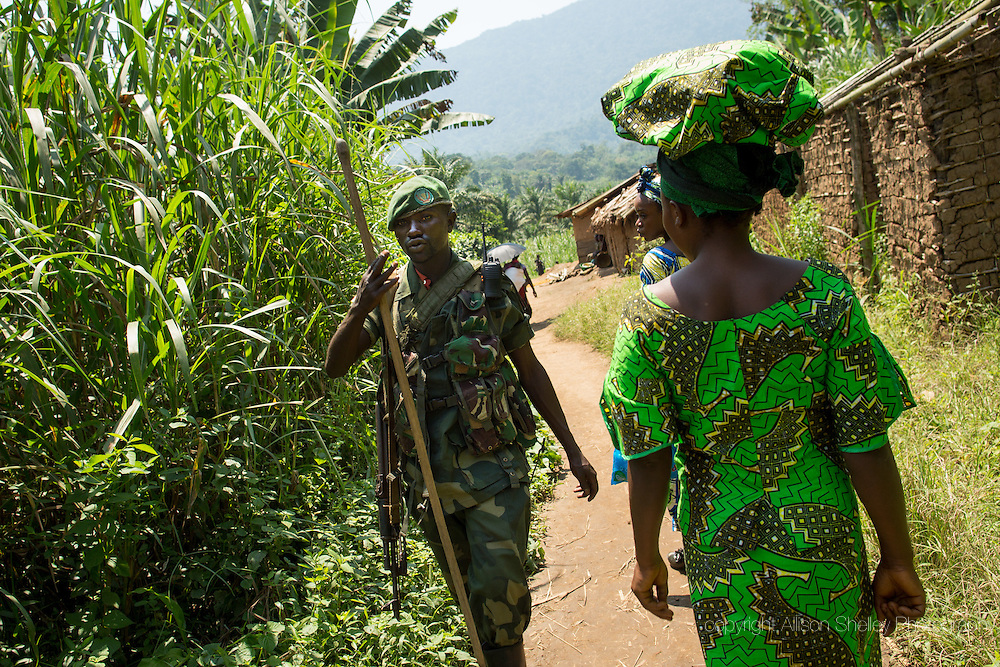